The newer, modern UI has a "classic" theme as well as a "dark" theme which may be selected in user preferences: 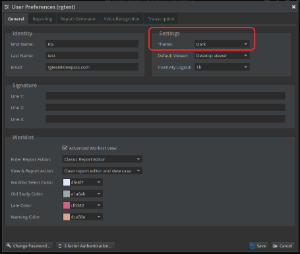 For the classic report editor, the background color for the edit window can be selected in user preferences.

Additionally, third-party browser extensions/add-ons may be used to customize the appearance of the user interface in either the classic or the modern UI, such as for example, Dark Reader.

This is an example of how the worklist may appear while using "Dark Reader": 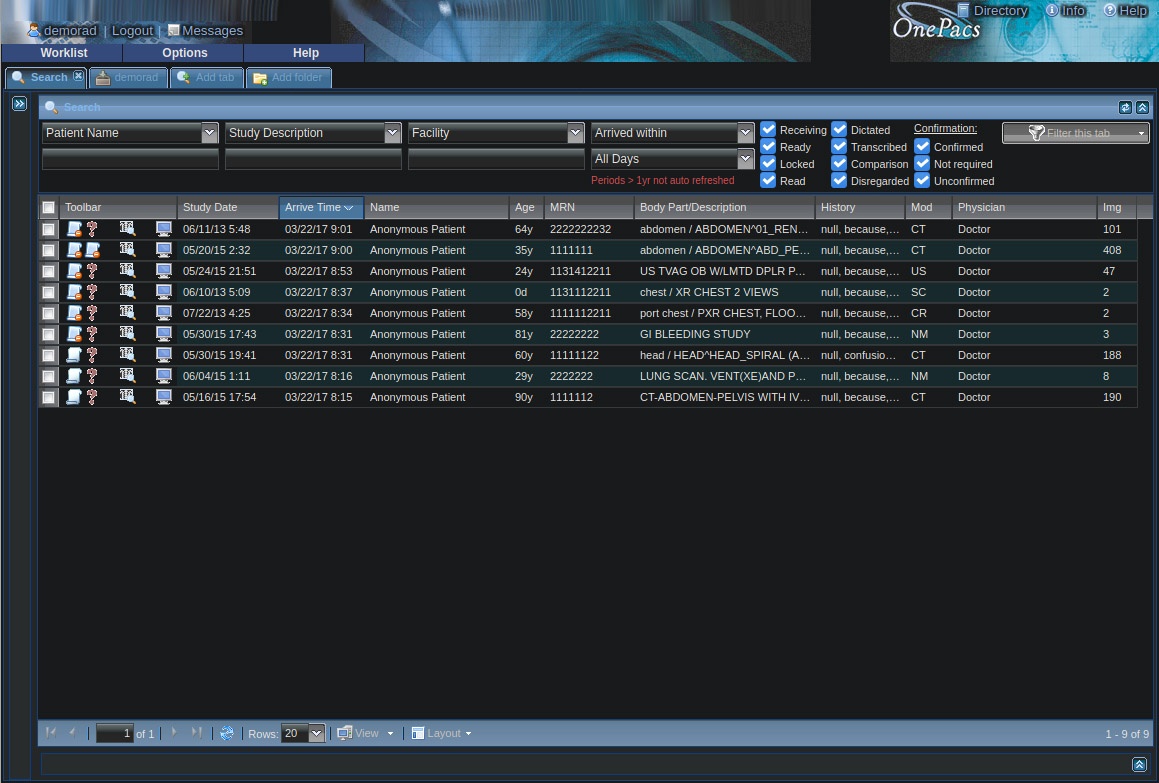